As tough as the process is to secure a grading, public right-of-way, or public utility permit in the first place, processing a construction change or as-built can often be just as painful, or even more so. And the need to change the plans after construction begins has become more common lately in these tough economic times.

Because final engineering plans are still generated on mylar (a thin polyester film) in most municipalities, changes usually cannot be made by simply modifying and reprinting the electronic CAD drawing sheets. Instead, a process has been set up that requires the Engineer of Record to neatly redline a copy of the original plans and submit them to the City (or County or Utility Agency) for review, and potential modification. The redlines are then returned to the Engineer of Record, along with an authorization to proceed to make the noted changes on the original mylars. Many times, the City will ask for the redlines themselves to be revised and resubmitted, or what we like to call "revisions to the revisions". And don’t forget about the potential delays to your project that may ensue if the inspector will not authorize the field modification until the process is complete.

Sometimes the redlined plans must be submitted before any of the proposed changes are made in the field. Or, the contractor will make enough small changes over time to prompt the City inspector to demand that a construction change be processed to account for the field modifications already made. Every municipality has a different threshold for what changes are significant enough to warrant a construction change.

Replacement Sheets Often Not the Answer

Many municipalities allow the Engineer of Record to create a replacement sheet if the number of changes on the original sheet is too great. In such cases, the original sheet is voided, but still remains part of the original mylar set. Sheets are never discarded altogether. This would seem to be a good solution in most cases of a construction change, except that when a brand new sheet is created and inserted into a set, it often must be checked by several departments to ensure that something is not slipped past the eyes of the plan checkers. Basically, the cities may treat such a submittal as if they were looking at it for the first time (along with the typical number of plan check hours for looking at it for the first time).

Use of Antiquated Technology

So with replacement sheets frequently ruled out due to plan check complexity, we are often faced with the task of erasing information (with a high-speed electric eraser), and drafting by hand with special pens designed for use on polyester film. It often feels like our office has gone back in time to 1981.

Make sure that before you or your contractor make certain field changes, you consult with your Engineer of Record to see if the changes will create an expensive plan revision process. There may be an unapparent motive for the original design, or an unforeseen problem created due to the change. A decision to save $2,000 on drainage facilities in the rear yard, for example, may end up creating $4,000 in costs to make hand revisions to the plans, and revise a drainage report to prove the new system works or solve new problems it creates. After the permit is issued, you can significantly limit any additional fees incurred by us, other consultants, and the City, if you follow the plans as closely as possible. So we usually recommend settling on a plan design as early in the process as possible.

In the context of a municipal engineering permit, an ‘as-built’ (or more aptly referred to as ‘Record Plan’ or 'Record Drawing’) is like the final version of the construction change. Don’t be fooled by the term ‘as-built’. In almost all cases, a detailed survey is not conducted at the conclusion of the project to locate every installed and constructed feature. Instead, this plan usually reflects the ‘general condition’ of the project once completed, although a survey may still need to be conducted just to represent the necessary elements. The process is still similar. And sometimes, even if contractor considers the project complete, the inspector may require the project to go through the ‘construction change’ process anyway, so the appropriate staff can review the field changes that were made.

Any Changes on the Horizon?

If this whole process is sounding rather antiquated to you, that’s because it is. In our technological world, there are few processes and procedures that still depend solely on the document that you can hold in your hand. This is one of them. So long as the system is reliant on the original stamps and signatures that were on the plans when they were first approved, these types of procedures will remain prevalent. But we are starting to see some glimmers of hope. Some plan check departments are realizing the great burden that this can put on projects, and are receptive to some informal reviews of e-mailed changes. Some accept replacement sheets as long as the specific revisions are noted adequately on the new sheet. But this still has a long way to go. When we see some meaningful progress, we’ll be sure to let you know. 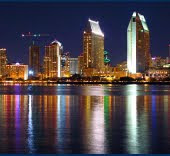